The main idea of the Unlimited Passion project was to capture Martin Šonka and his plane in a slightly different light. I wanted to shoot him and the plane in motion, but make it look like studio photography with flashes around him. This is normal for shooting bikes or skateboards, but obviously not for an airplane!

The shoot took place at his current home airport in Staré Město. We needed some flashes above the plane, so we ordered a lift platform and put 15 strobes on it. We had another 15 strobes on the ground so we’d have 30 flashes in total to get enough light, and then Martin flew between them.

The plane is an Extra 300SR and he flew at around 200kph. The plane’s wingspan is 9m and the gap was only 15m, and it was at sunset, so it wasn’t an easy task. But Martin is a super-experienced pilot, so he made it without any problems. Because he flew very fast and the gap was so small, we prepared a 300m-long line of LED lights and some big sheets of white paper to show him the right direction.

We did three shoots on three different days with this set-up to get the best possible output. As I also wanted a ‘backstage’ feeling on the photos, we kept all flashes and the platform in the frame. There were also several people pretending to be filming and shooting him to support this backstage look. 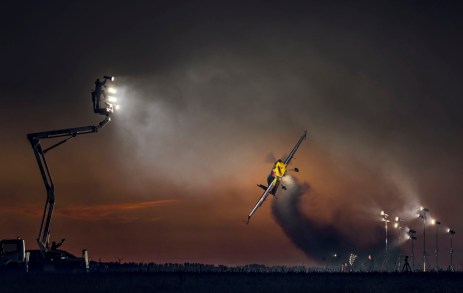 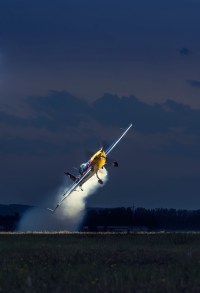 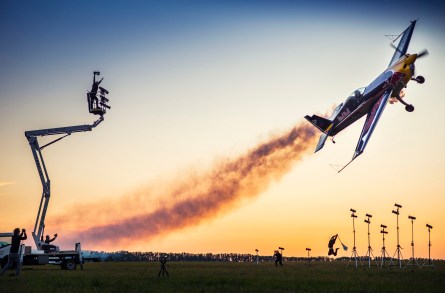 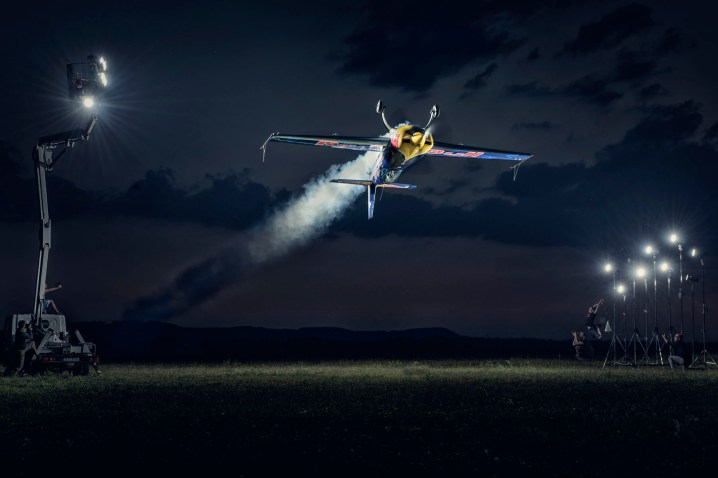 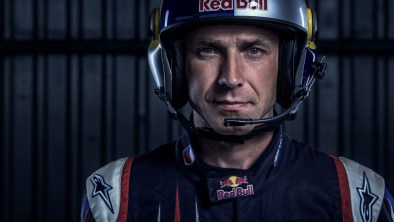 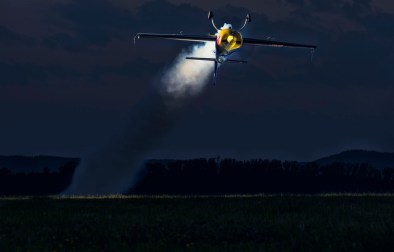 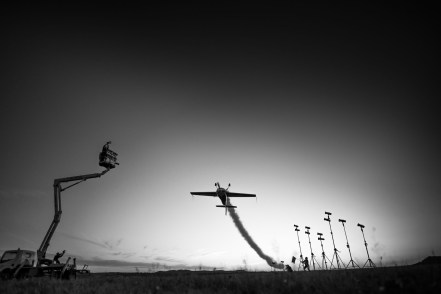 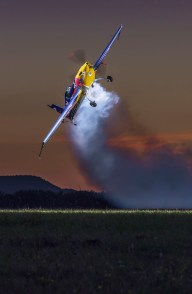 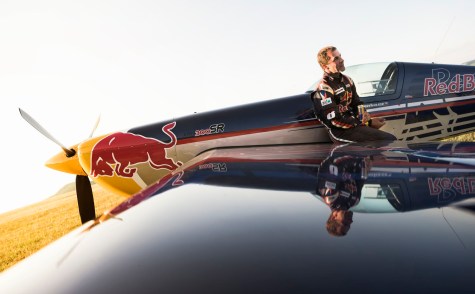 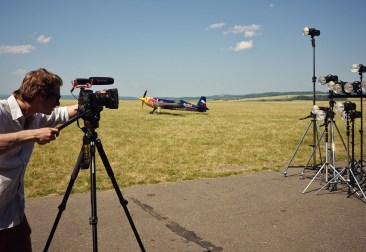 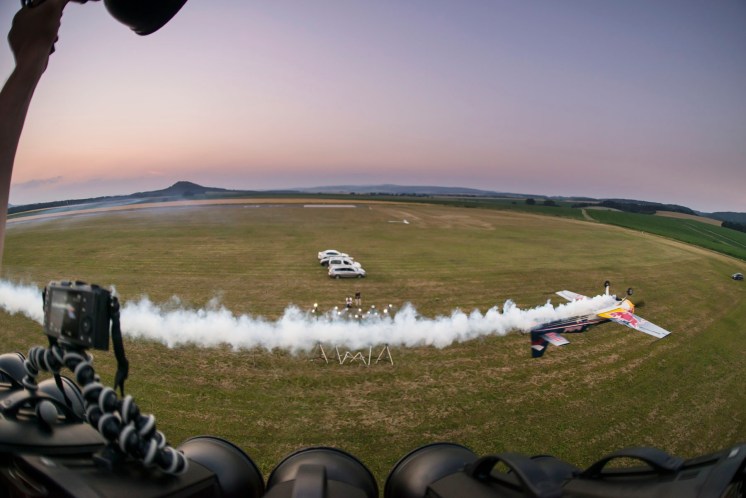 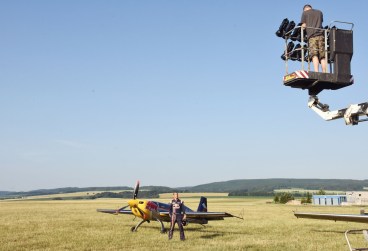 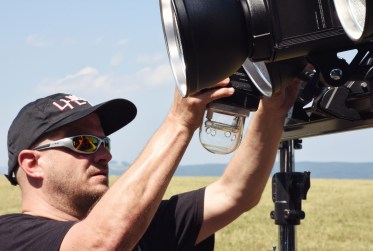 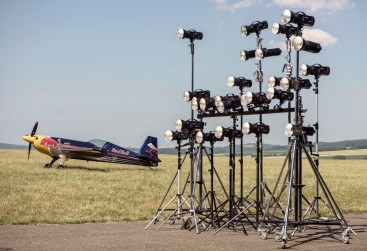 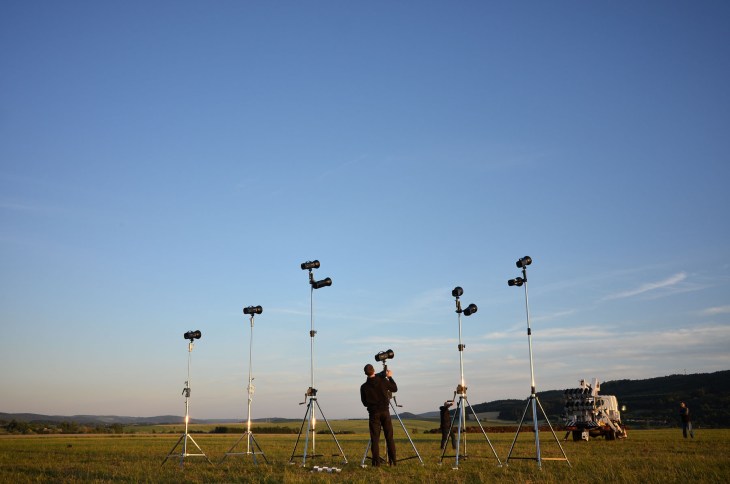 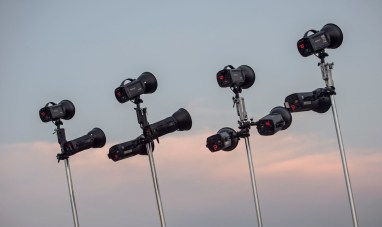 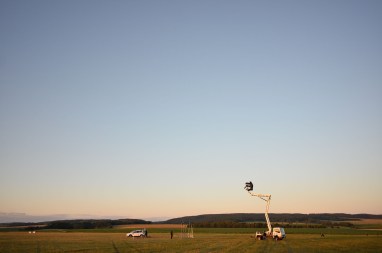 Leave a Reply to petaqui